The origins and development of the Nuragic civilisation are shrouded in mystery and myth. However, unique traces of these peoples have been uncovered all over the island dating back to between the XVI and V centuries BC. These fascinating remains bear witness to a civilisation which did not disappear with the arrival of foreign invaders but instead survived, and was absorbed into their cultures and re-elaborated

These fascinating remains bear witness to a civilisation which did not disappear with the arrival of foreign invaders but instead survived, and was absorbed into their cultures and re-elaborated. The Nuragic people mastered the art of working iron and copper, and careful archaeological excavation has uncovered many artisan objects both for daily use (utensils, jewels and weapons) as well as for religious purposes, such as bronzes and statues of people, animals or boats used as votive offerings. However, the most interesting fact surrounding this civilisation is certainly the masonry techniques they developed to build the Nuraghi themselves. These impressive stone structures, some up to 22 metres high, have become the symbol of Sardinia. The root of the word Nuraghe, “nur”, may in fact mean “pile”, since in the local dialect of the Province of Nuoro “nurra” means “pile” or “mass”. These structures were built using enormous stone blocks positioned in concentric circles one on top of the other, without the use of binders. The Nuraghi were therefore “corridor” or more complex structures, which narrowed towards the top, resulting in a cone-shaped trunk and inside there was a chamber with a false vault or “tholos”. Furthermore, these architectural structures often had a number of connecting towers, so they became genuine fortresses, built on a triangular plan (for example the Nuraghe of Santu Antine) or on a pentagonal plan (such as the Nuragic complex at Barumini). The stone complex was then surrounded by defence walls and the village, made up of wooden huts, lay outside. Nevertheless, history and myth continue to merge concerning these impressive monuments and there are many theories as to their function and significance. Some experts believe that they were designed as impregnable fortresses, while others maintain that they were temples, or merely living quarters. Indeed, according to legend, the conception of the structure of the Nuraghi has also been attributed to Daedalus, creator of the labyrinth. The only certainty, however, is that throughout the island the Nuraghi were built on high points, near rivers, at the mouth of valleys, along ancient paths, but also on the coasts, or on plains. Moreover, the vast number of these structures found all over Sardinia (about 7,000 altogether) makes the island one of the largest open-air museums in the world. 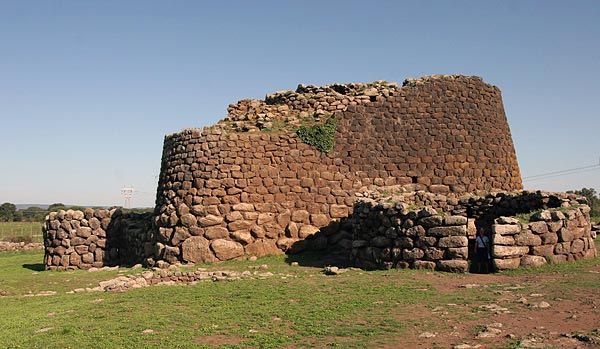 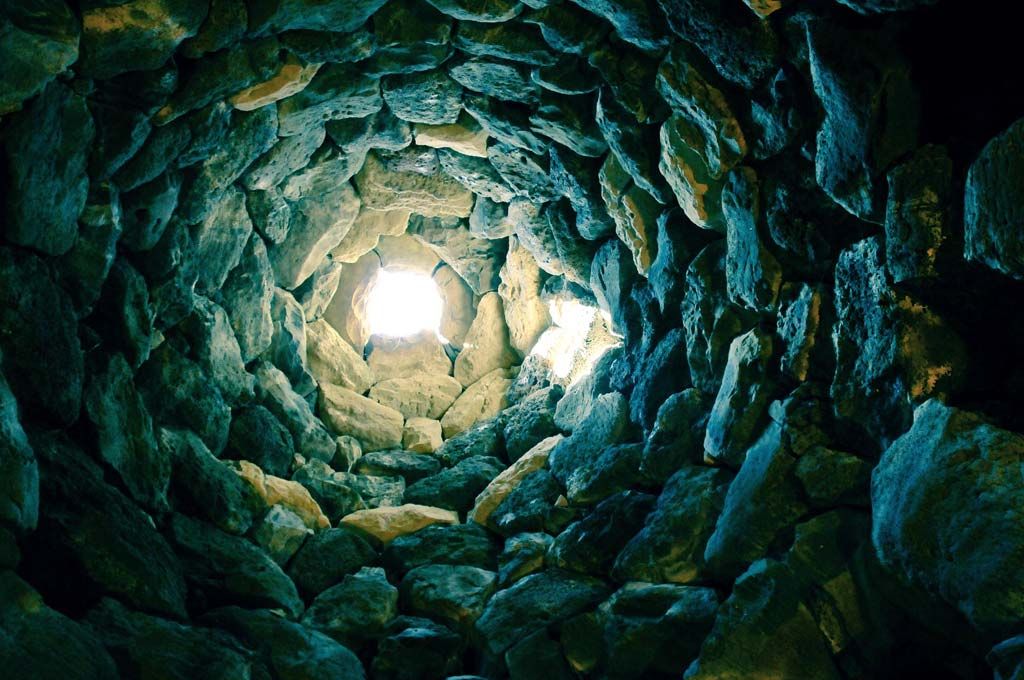 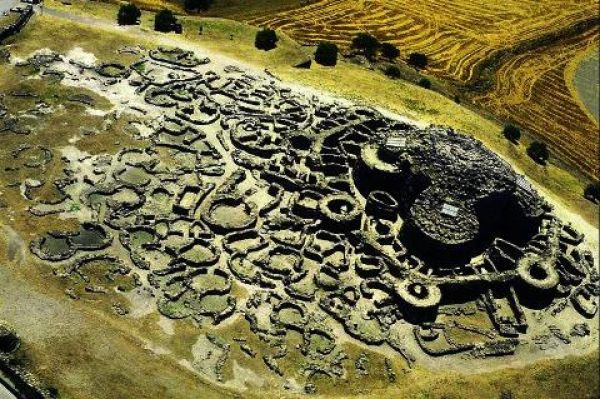